Last Friday I enjoyed the royal wedding of Prince William and Catherine Middleton, whose new titles – the Duke and Duchess of Cambridge – lead to much research on what peerages are, how they actually work and a continuation of my present fascination with the history of the House of Windsor.

Whilst I certainly understand the arguments made by a vocal minority campaigning for the UK to become a republic, given the relative stability we’ve found with our current constitutional settlement, and with the traditions and continuity the Royal Family provides, I’m perfectly happy for us to retain the monarchy.

Having a sovereign that is unelected and hereditary only works on the basis that her government, with the power to enact laws and collect taxes, is democratic and representative of the people. Whilst the Royal Family has modernised and adapted itself to stay relevant (a process that is likely continue on the accession of future monarchs), it seems ministers are less inclined to reform their own institutions in the same way.

One section of Parliament remains particularly undemocratic. Even though the House of Lords was partly reformed in 1999, it was left in such an unfinished state that currently most of its members are appointed by the Prime Minister; in just one year David Cameron has ennobled 117 people, bringing its total to an “unsustainable” 792 members.

Given the importance of a revising chamber, especially as a means of safeguarding against governments with large majorities, I’m far more interested in seeing reforms here. Surely this would provide ample opportunity to reach a compromise where both voting systems could be used; first past the post for elections to the House of Commons, and proportional representation for elections to the upper chamber. Indeed, the Alternative Vote (AV) is already used to fill vacant heredity seats and elect officers of the House of Lords.

This is just one of a number of areas awaiting reform; votes for 16-17 year olds is proposed every so often, yet never with enough will to make it into law. Campaign financing, the right of recall and curbs on lobbying are other issues that are equally important but blissfully ignored. That turnout at elections is falling (with this referendum likely to be won as much on turnout as anything else) would suggest our current system is broken, the public disenfranchised. 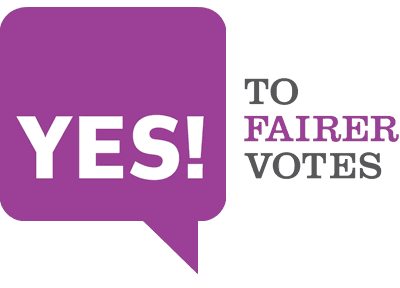 It would be surprising if any voting reform would take place if the electorate were to vote no on AV. If AV is a ‘dirty little compromise’, at least it’s a compromise in the right direction. Although I can accept arguments both for and against AV, for me this is a vote on whether we maintain the status quo. Of course I’d prefer not to ‘tactically vote’ or have my MP hold on to a ‘safe seat’, but I’d much rather see continued reform towards fairer representation across all parts of government.

By voting Yes to AV today, I hope to send this message.